Below are some techniques that are useful in solving Cogismo puzzles.  These may not be the fastest or most efficient techniques, but they should allow you to solve level 1 to 4 Cogismo puzzles.  Don’t worry about this page being a spoiler.  These tips will speed up your learning, but you’ll still need to do the same amount of mental heavy lifting.  That’s a good thing about Cogismo; there is no easy way.

Understand that there are twenty possible states for each cog.  There are 4 positions that a cog can point in, and 10 numbers that it can display.

Why should you care?  Because this means that:

With that knowledge, start by finding any cogs that can be made to display a zero while pointing only into empty space. Rotate these cogs into their solved position.  Note that, unless you accidentally tap on them again, these cogs are now “safe”. 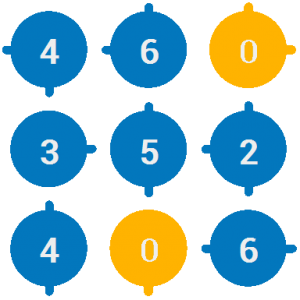 Next, find any cogs that can be made to display a zero while pointing only into empty space or at an already solved cog. Rotate these into their solved position. 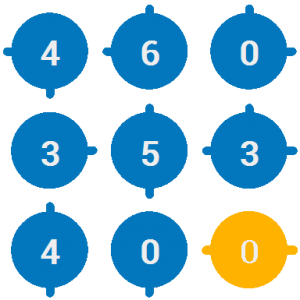 Keep repeating the process of identifying cogs that can be made to display zero while pointing only into empty space or at an already solved cog. 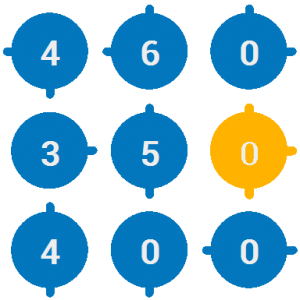 The steps above are enough, on their own, to solve the easiest Cogismo puzzles; but for the medium and hard puzzles you are going to need to do some extra thinking.

Determine the required final orientation for all unsolved cogs.  In the example shown below: 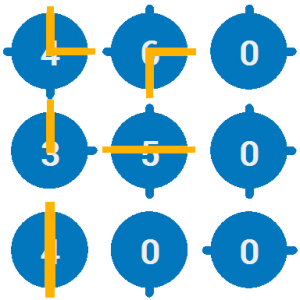 Rotate the unsolved cogs so that they are as close as possible to their required final state, and displaying at least a 7, but are still “out of the way” of other cogs.  The “at least a 7” rule is important, because cogs showing lower numbers run the risk of getting stuck behind solved cogs.  In this example, the path to solving the Cogismo puzzle from here is obvious. 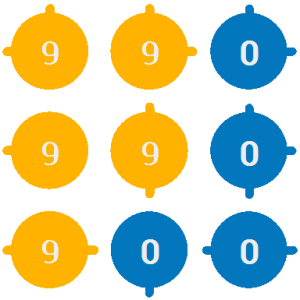 At this stage you’re probably thinking that Cogismo isn’t challenging enough for you, so lets switch to a new example, with a higher difficulty level.

Note that, in this example, there are no cogs that can be solved using the “find any cogs that can be made to display zero while pointing only into empty space” technique.  We are going to need to go straight to the “determine the required final orientation for all unsolved cogs” technique.  In the case of our new example, there is only one possible solution for the final orientation of the cogs, and this is shown in yellow below. 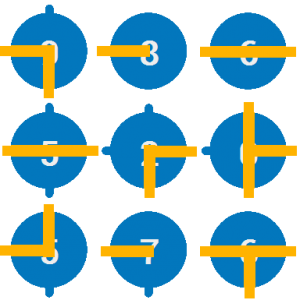 Then do the “rotate the unsolved cogs so that they are as close as possible to their required final state, and displaying at least a 7, but are still out of the way of other cogs” step.  In this worked example, we can actually solve two of the bottom row cogs in this step. 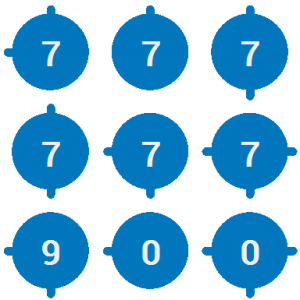 It is from this point that solving Cogismo puzzles starts to get “interesting”.  We need to think through how the cogs are going to interact, in order to determine the correct sequence of our final few cog taps. In this example the two right hand cogs can now be solved, and the top cogs rotated a little further. 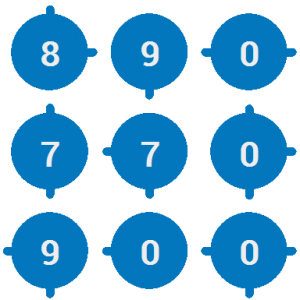 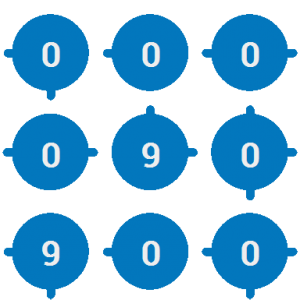 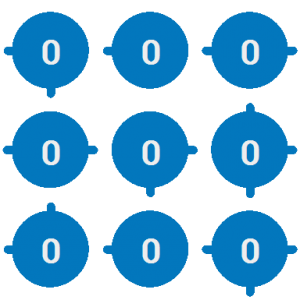 When you are doing the level 4 Cogismo puzzles, the level of interaction between the cogs is often very complex.  You are going to need to “think ahead” and reason through what the correct sequence of cog taps is.   If levels 1 and 2 are just too easy for you, then you should be able to find something that provides you with an adequate level of challenge on the higher levels.

Time for a confession.  We don’t know how to reliably solve difficulty level 5 Cogismo puzzles.  At difficulty level 5, the amount of interaction between the cogs is so complex that it is common for a single cog tap to result in the cogs gaining more than three increments.  Because of this – making base camp with all of your cogs on 7 or higher (as recommended above) just doesn’t work.

So what makes us think that the difficulty level 5 puzzles are solvable?  Because to generate them we (1) start with a solved puzzle then (2) make 18 to 30 random cog presses.  If these puzzles start life solved, surely they can be re-solved. Surely…

If you are looking for the ultimate challenge, then be the first to work out how to RELIABLY solve difficulty level 5 Cogismo puzzles, and let us know.  THIS SPACE IS WAITING FOR YOU.